Picture of the work on request

Benjamin Vautier, known as Ben, was born in Naples in 1935 where he spent the first five years of his life there.

After a few years of childhood spent in Switzerland, Turkey and Egypt, the artist’s mother chose to settle in Nice in 1949.

At 15 he works as a “handyman boy” in a bookstore (Le Nain Bleu). Leafing through art books, he decides that “because beauty is beautiful, it must strike or strike.”

He will leave “Le Nain Bleu”, will open a small stationery store, then a used record shop that decorates in his own way. Over time, the “boutique” becomes a meeting place for young people who dream of “doing something new”.

It is here that Yves Klein proposes to exhibit the poems in china he composes.

In 1959, Ben became enthusiastic about the New Realism; Spoerri writes a letter that will be the first manuscript of his magazine “Ben Dieu” (“Ben Dio”), where he develops his theory of “in art everything is possible”, the art that must at the same time provoke a shock and be new.

Ben’s art becomes an art of appropriation, so he signs what he never was!
Invited by Spoerri to the Misfits Fair in London, he met Georges Maciunas who invited him to join the Fluxus group (“Tout est Art”) (“Tutto è Arte”).

It is time for “Mail Art” in which poetry, appropriation and megalomania are mixed, it is the time for meetings, the Fluxus theater and concerts (pianos are split, rooms filled with paper, etc.).

For the artist, the frontier between art and life is abolished. Ben exposed himself and was exhibited (Galerie Templon – 1994, Musées de Marseille – 1995, etc.). Ben has not yet finished adjusting his accounts with the world of art, with Culture and with his ego. 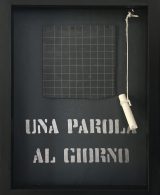 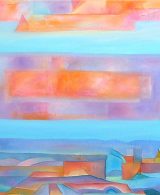