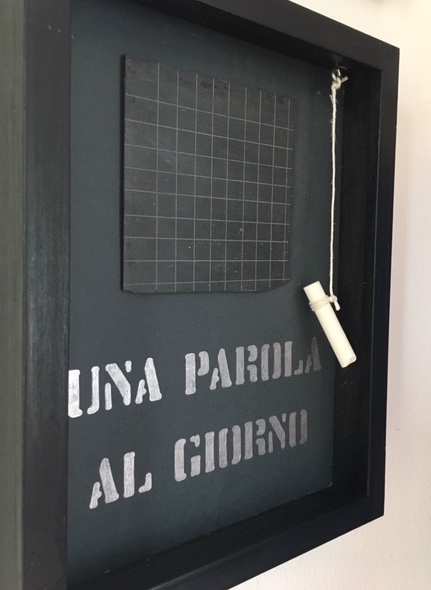 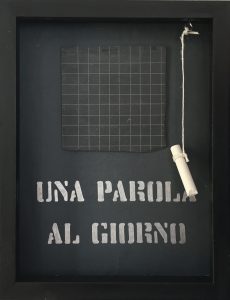 “From an apparently simple work, a whole submerged world emerges, impalpable but evocative of a culture, ours. I would say” the word as a rebellion against the banality of communication “… This is the essence of Sergio Vanni’s new artistic research.”
Silvia Ricci

A verse by Vladimir Mayakovsky says: “The word nightingale is more beautiful than the word capitalism”
Why?
Perhaps for its meaning, perhaps for the graphic elegance of one or the other word, perhaps for the sound, sweet and hissing in the first, hard and flat in the second. The verse of the great Russian poet makes us reflect on a simple truth: words, all words, can be written, and then they become images, they can be pronounced, and they become sounds. And if we just think about them, what do they become?

So image, sound, thought.
Let’s take a step back in time.
Everyone knows the ancient magic square SATOR AREPO TENET OPERA ROTAS, perhaps the first example of visual poetry. The words, written in columns, can be read with different itineraries, always giving the same result. The whole inscription is palindrome, as palindrome is the central word TENET. The meaning of the inscription is obscure, but this is not the problem. The magic square lives, and still fascinates us, for its compositional strength, for its pure and simple image, one could say for the linguistic game it represents. We arrived at the key word: game.

The play on words involves us not only for its verbal form, or for its meaning, but also for the graphic arrangement of words in space, and often for the ambiguities, traps, challenges, deceptions that words entail.

The intertwining of word and image, with all the possibilities of using the different interpretative codes, the iconic, the linguistic, the symbolic and, why not, the sound one, is the theme of these works.
The word as obsession, as a disease, as a constant search for possible iconographic solutions to linguistic expressions, ways of speaking, as a rebellion against the banality of communication but also, in times when the word is often humiliated by the superficial and ungrammatical approximation of contemporary languages , as a symbol of salvation. 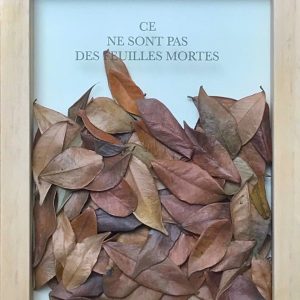 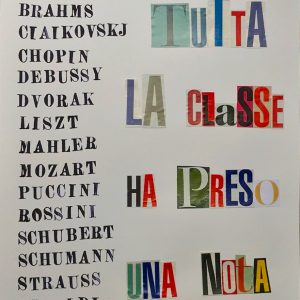 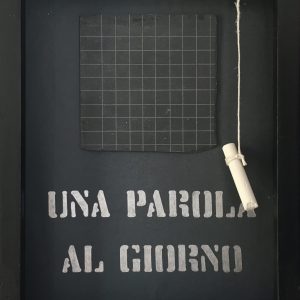 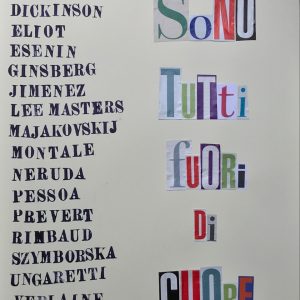 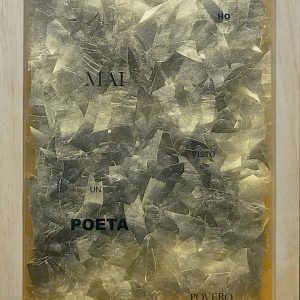 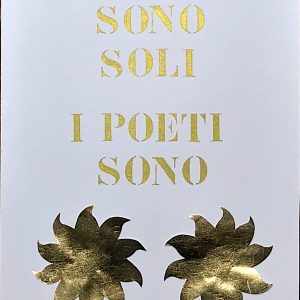 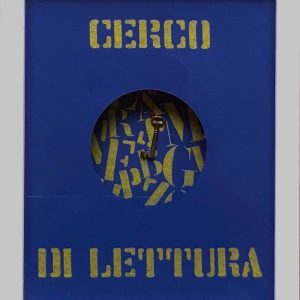 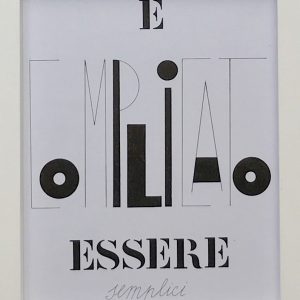 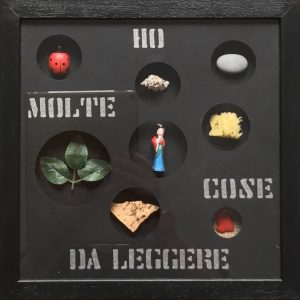 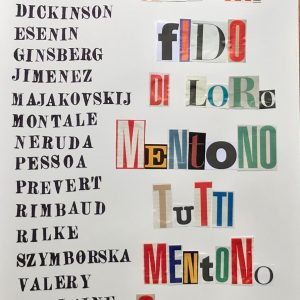 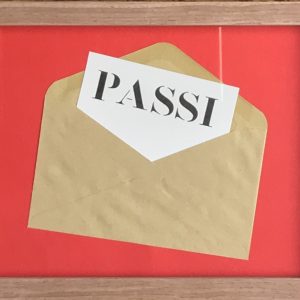 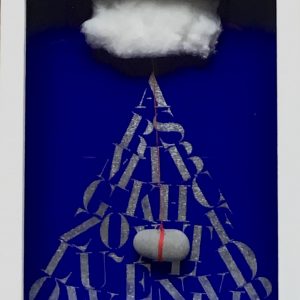 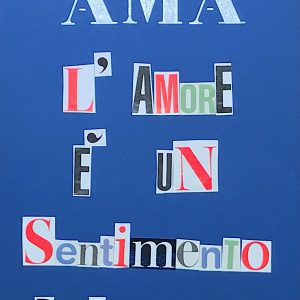 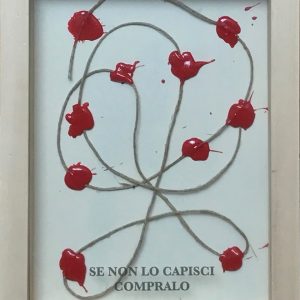 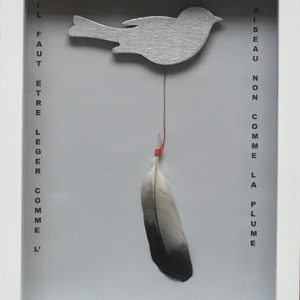 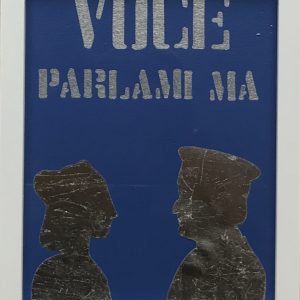 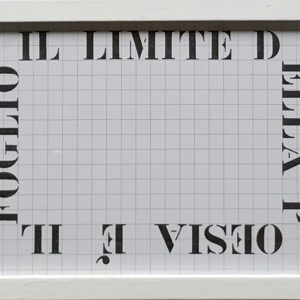 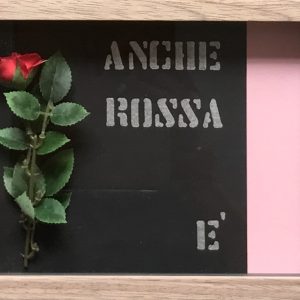 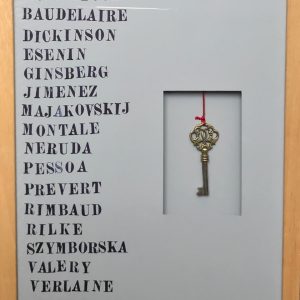 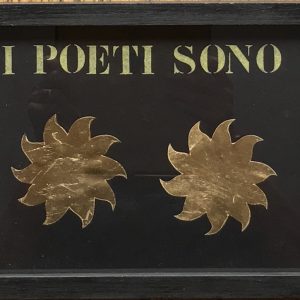