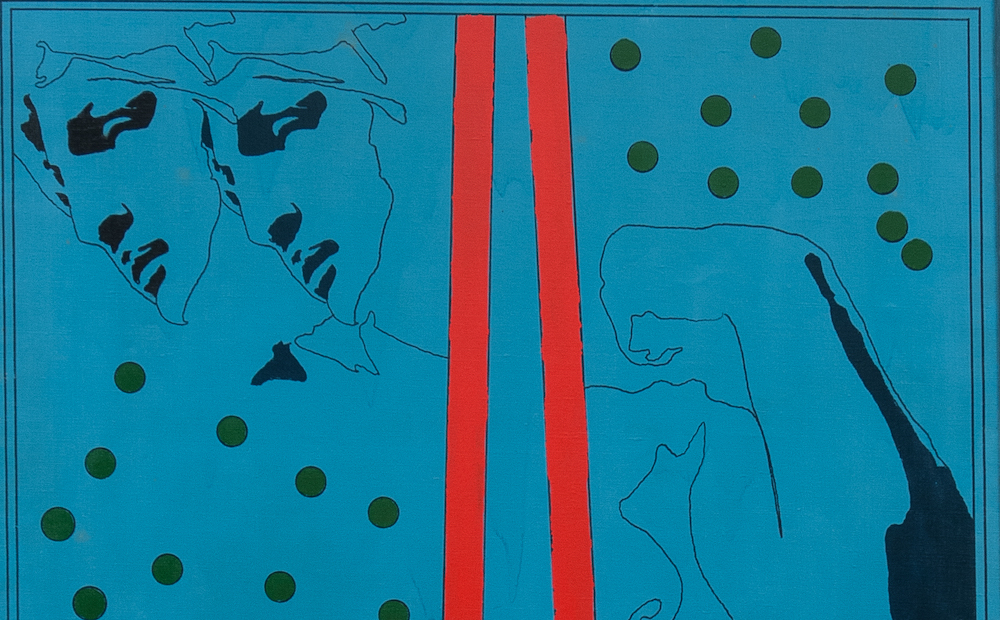 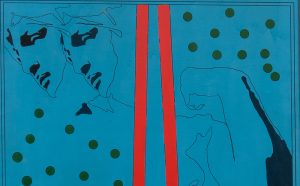 Michelangelo according to Tano Festa – particular

Work Published in the General Catalog.

And these paintings with glimpses of the sky, clouds and balls?

I made them in ’65, they are New York skies: I made the skies already in ’63, it was natural for me to insert them in objects such as windows and shutters, then I made them as the main subject. These balls do not have an ironic character even if in New York at that time it was so all Op that the sky ended up being seen in balls, stripes, squares. I would say that these elements become grammatical elements of a game, even if one puts a yellow square next to a blue square like in a constructivist work. Then there are these frames which are like frames, which create different pieces, different paintings in the same painting, multiple contexts on the same plane. In Rome, I then exhibited those paintings at the exhibition entitled “Michelangelo according to Tano Festa“.

from Interview with Tano Festa