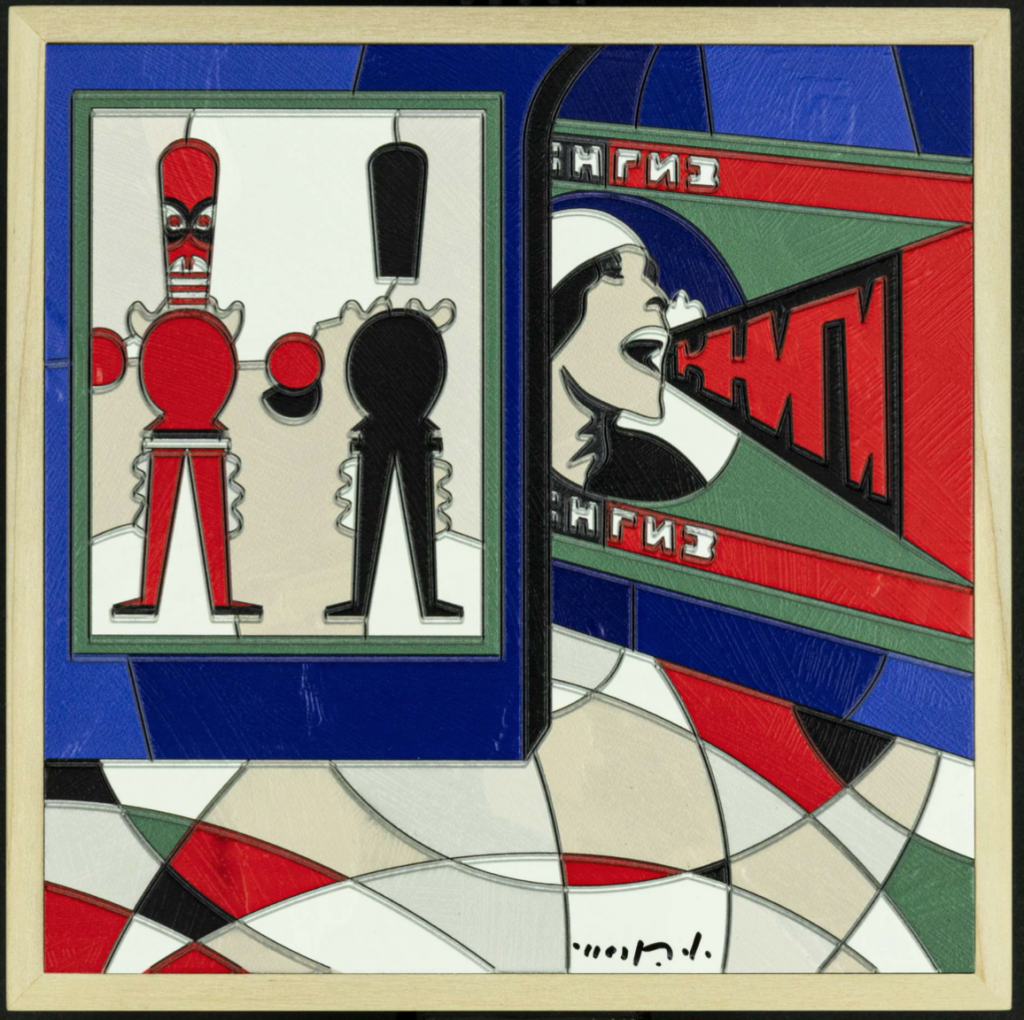 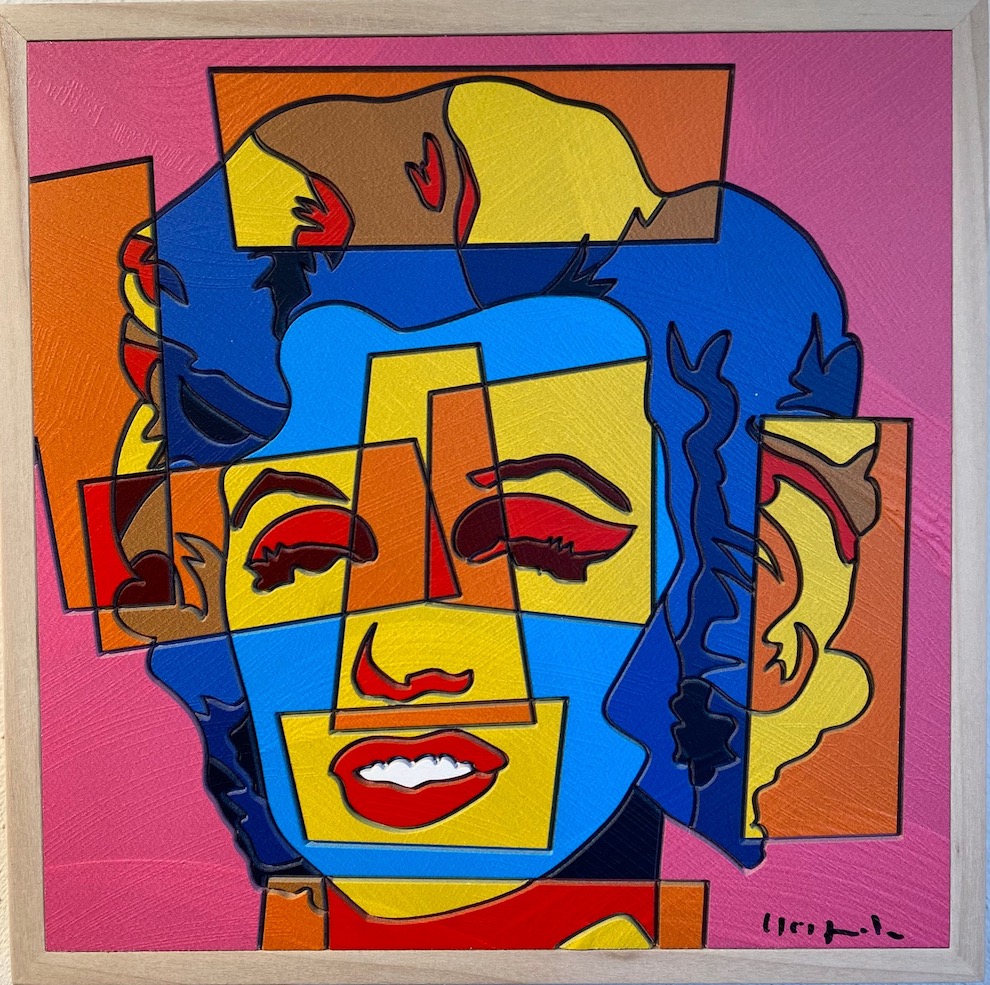 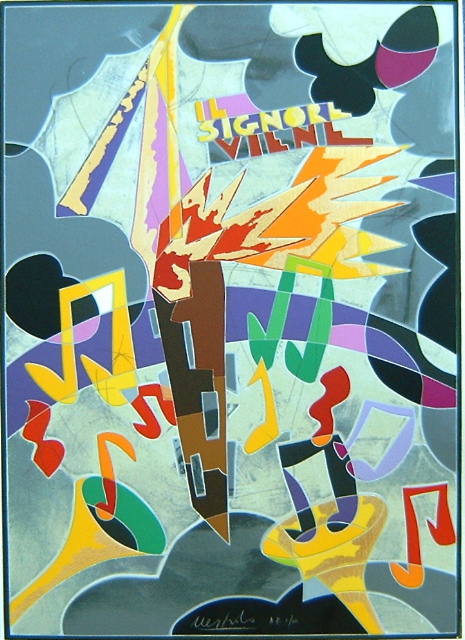 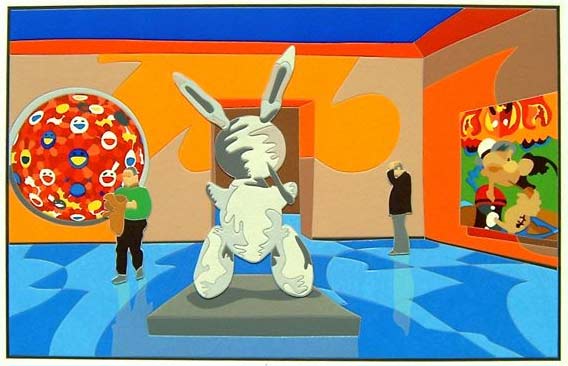 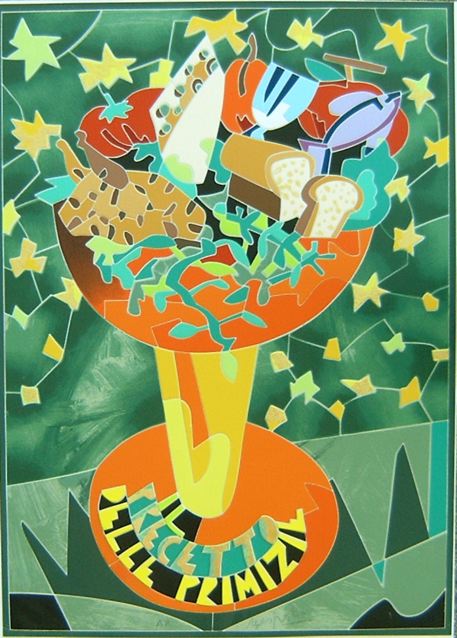 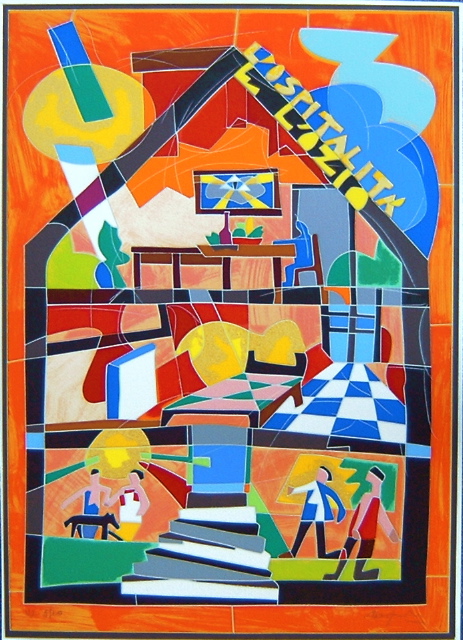 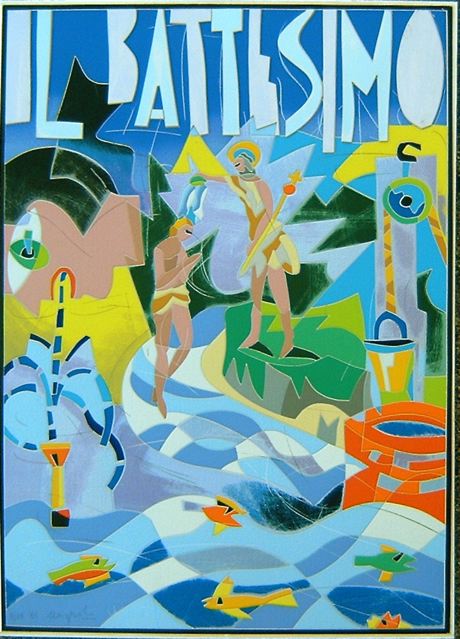 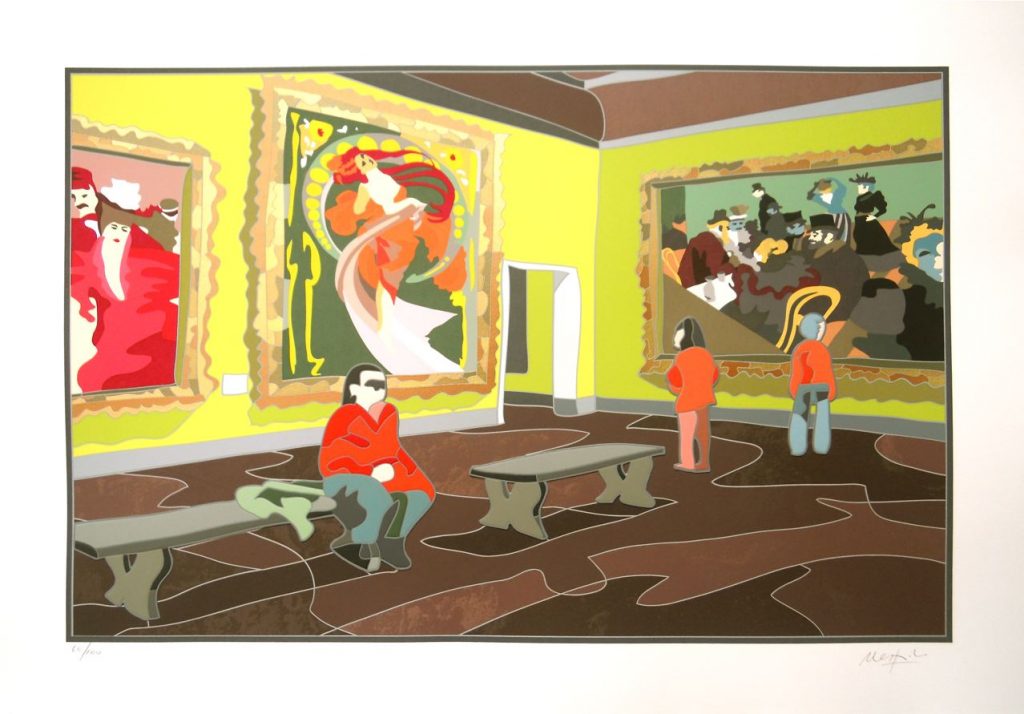 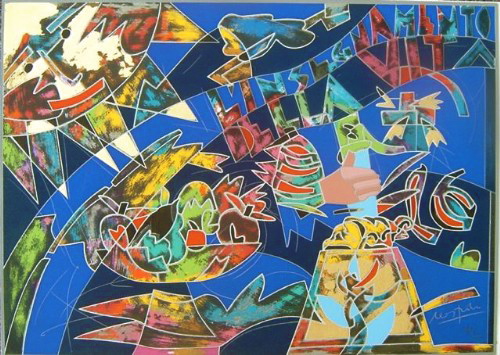 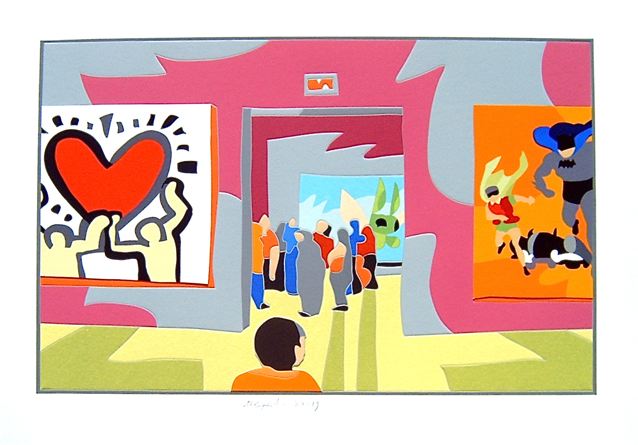 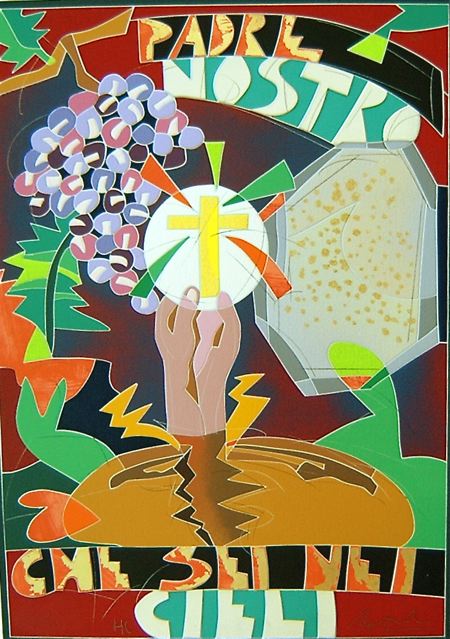 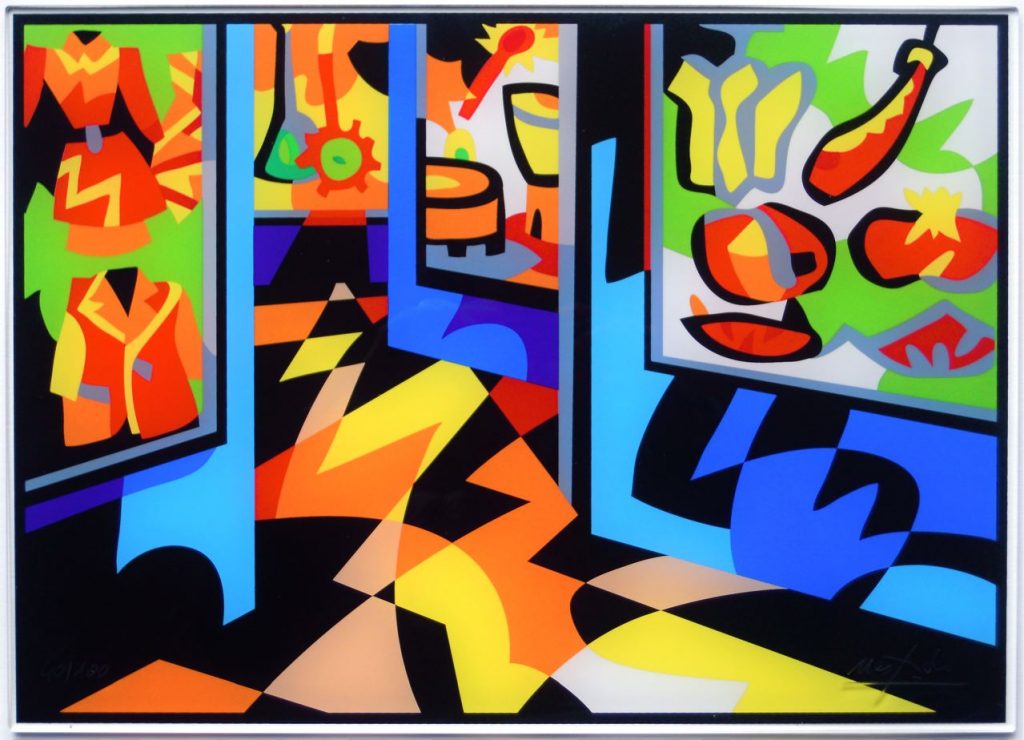 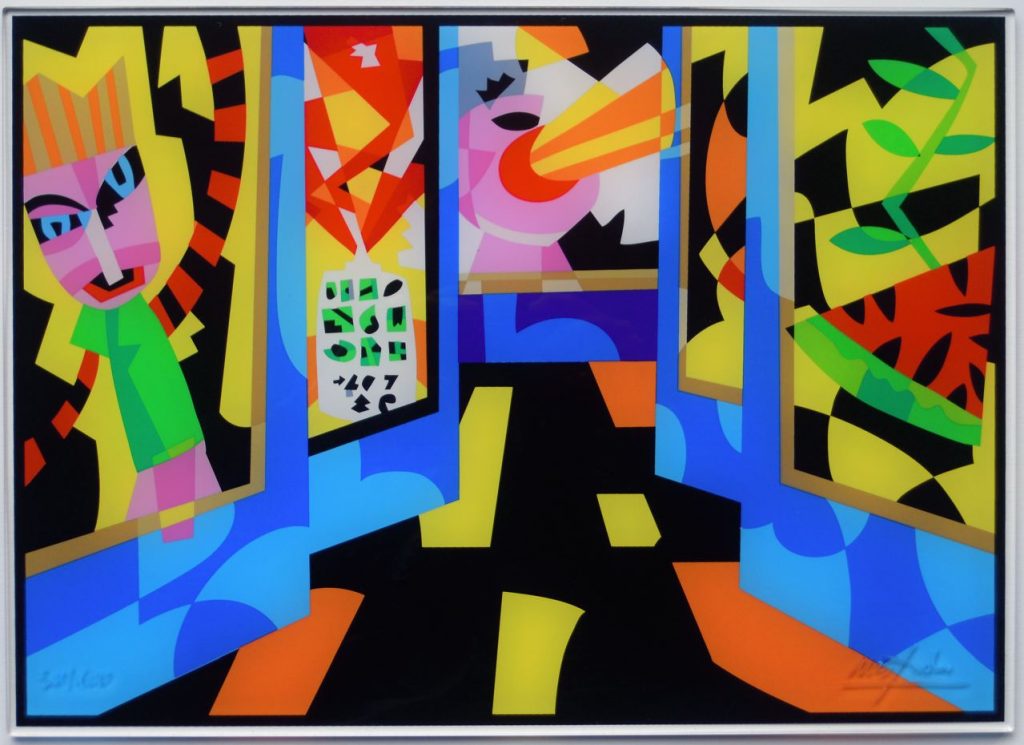 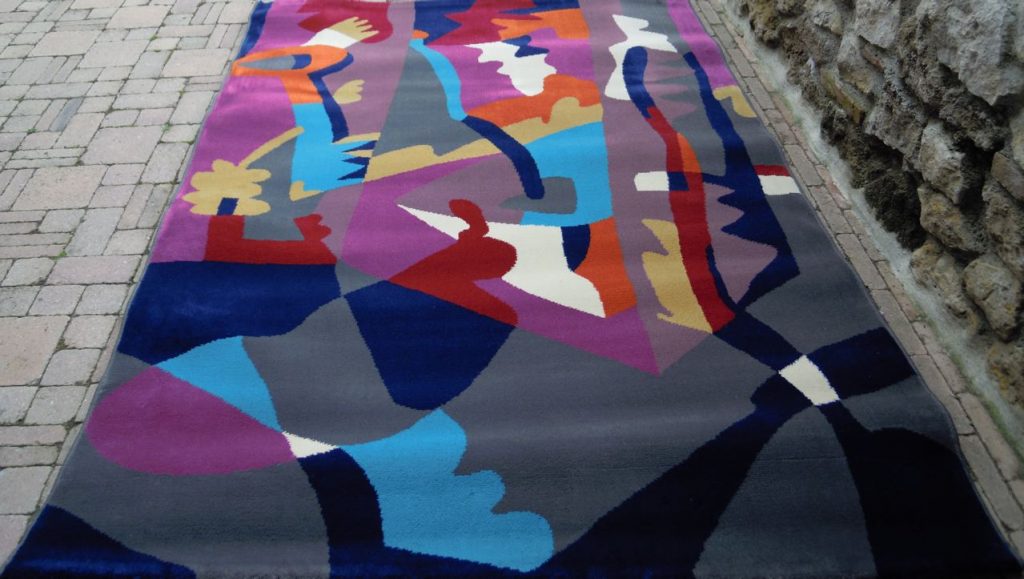 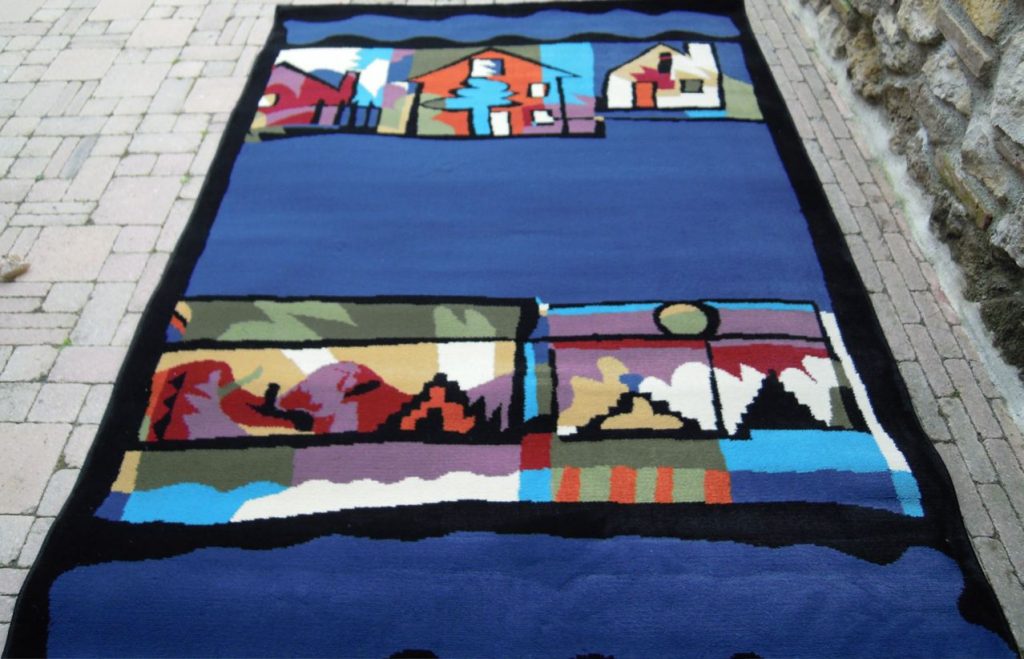 Ugo Nespolo was born in Mosso (Biella) on 29 August 1941.
He obtained his diploma at the Albertina Academy of Fine Arts and later graduated in Modern Literature showing great interest in Semiology.

Ugo Nespolo He made his debut in the Italian art scene in the sixties with contaminations of Pop Art and with a close militancy with conceptualists and poor people.

His production is soon characterized by his strong transgressive, ironic accent and that apparent sense of fun, qualities that lend themselves to the “cinematographic canvas”, exploring this medium of expression in the seventies too.

The eighties concretize the most appreciated maturation of his American period, his paintings represent objects and common places of US cities. He collaborates with Rai for which he creates videos, collaborates in advertising projects and is faithful to the dictates of the historical avant-gardes of “bringing art into life”, the artist must occupy spaces of common life, leave the spaces assigned, canonical.

In the nineties, alongside his numerous activities, he worked in the theater, creating scenes and costumes for Donizetti’s L’elisir d’amore at the Teatro dell’Opera in Rome, at the Opera in Paris, Lausanne, Liège and Metz.

Nespolo is also counted among the “masters of the Palio”, for having painted the two banners for the Palio of Asti of that edition in 2000.

The passage of a century marks for Ugo Nespolo a fundamental step, long desired and sought: the realization of “his” atelier (made in first person inside an abandoned factory of his Turin) which, like a precious casket, wraps and contains his creations, his “technological games”, his most cherished affections.

It is in Nespolo that the organizers of the Giro d’Italia entrust the creation of the pink jersey for the 2003 edition.

In autumn, an important personal exhibition takes place at the Chinese National Museum in Beijing.

In 2007 Nespolo painted the banner of the Palio di Siena on August 16th and signed scenes and costumes for the opera Madama Butterfly, as well as an artistic film on the opera that inaugurated on July 20th the 53rd season of the Puccini Festival in Torre del Lago Puccini. 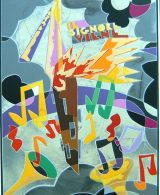 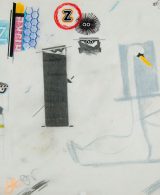