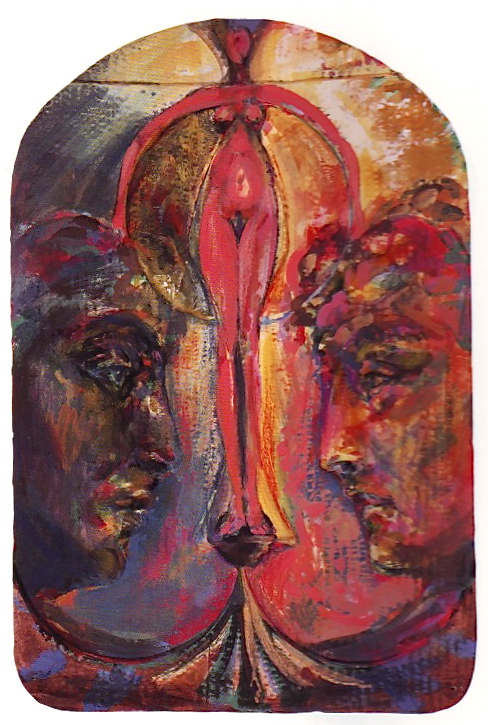 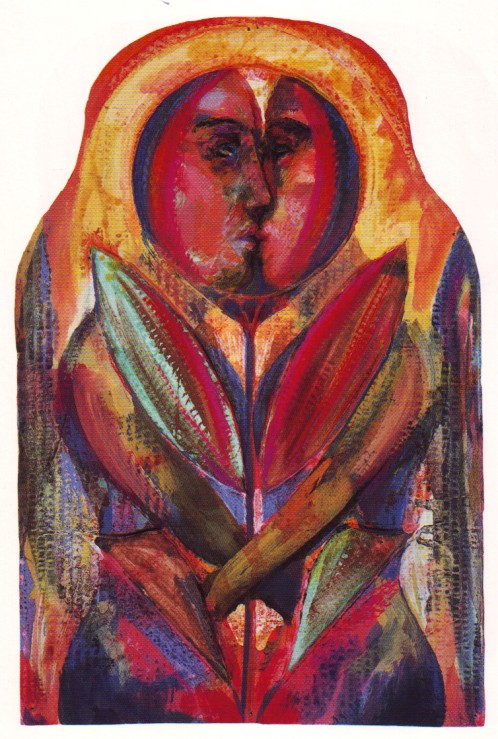 Bruno Ceccobelli, born in Todi in 1952. Lives and works in Todi.

He completed his studies in Rome by attending the Academy of Fine Arts with Scialoja. In 1976 he held his first personal exhibition at the Spazio Alternativo Gallery, where he presented works inspired by Conceptual research (Body Art).

In the early Eighties he established himself as the founder of the “Via degli Ausoni Group” in Rome, a team of artists united not so much by a common poetic, as by the choice to occupy all the studies and spaces of the ancient furnace located in Rome. in the street from which the Group takes its name.

He exhibited in 1980 at the Biennale des Jeunes in Paris; in the Lambert galleries in Paris, Ala in New York. It is present alongside the Transavanguardia and with the followers of the ‘New Roman school’ D.Bianchi, Dessì, Levini, Gallo, Tirelli, at the ‘Italian: new image’ exhibition curated by A.B.Oliva at the Municipal Art Gallery of Ravenna.

With Dessì, Bianchi and Gallo he exhibited at the exhibition ‘Recent Italian Art’ which documents the acquisitions of the Groningen Museum and in a subsequent review in the same venue; at the Galerie Swart in Amsterdam and at ‘Immagination-Farbe’ at the Haus am Waldsee in Berlin.

He took part in the 1984 Venice Biennale (‘Open’ section) and in the group’s Roman Ateliers exhibition, presented again by Bonito Oliva. In 1985 he participated in ‘New trame of art’ by A. Bonito Oliva at the Castello di Gennazzano and at the exhibition of the Center Georges Pompidou ‘Italie d’aujourd’hui – Italy today’. He returned to exhibit at the Venice Biennale in 1986 and in the same year published his ‘manifesto’.

He works on reclaimed wooden supports, painting with natural pigments and earths, fixed with waxes and glues, embryos of figures. Enrolls you words and symbols. The catalog of the exhibition ‘Figures, houses, wells’ (New York, Madrid, Rome 1988) records the whole of his creative activity. In 1989 he exhibited works played on deep blacks and browns with magical and symbolic values ​​at the Mayor Rowan Gallery in London; in Austria and Germany in 1990 and ’91; in 1992 he set up the exhibition ‘The view of silence’ at the Galleria Giulia in Rome (Bibliography: A. Boatto, Bruno Ceccobelli, exhibition catalog at the Galleria Giulia, Rome 1992).

Ceccobelli is a master of syncretism. The painting, in his case, is a magical enclosure in which, through figural simulation, crossings and hybridizations of events that occur in different places and times occur.

There is a religious background, in a mystical and animistic sense, in its creative operation, in its predisposition as a priest to the celebration of a rite, when it takes the brushes to trace signs and figural symbols in which the dimension of the I and the external world and creation.

Painting is a “hieratic script whose morphemes are taken from a repertoire rich in codes, belonging to cultures very differently located in time and space, and includes hermetic and esoteric knowledge no less than metaphysical and animistic.

Ceccobelli likewise draws the symbols he nourishes his painting from religion and magic.
Idealistically, a desire for spiritual substance emanates, a tension to the divine that triggers the image to a higher degree of contemplative hedonism.

Certain geometrical and organic symbols of particular vitalistic and cosmological reference refer to a positive eroticism which is a germinating feeling of life and time. 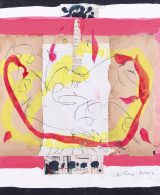 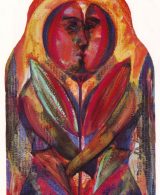