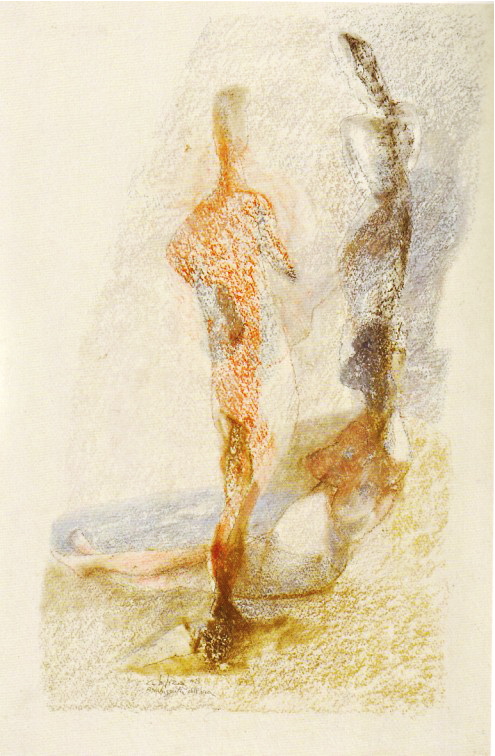 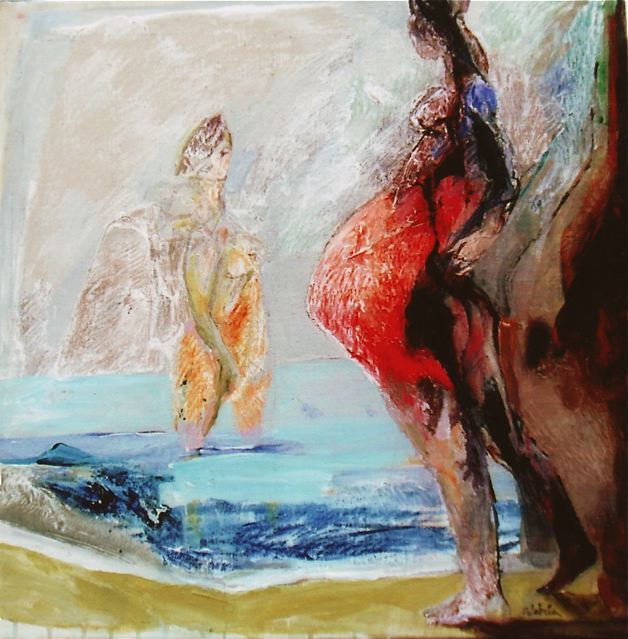 Ennio Calabria was born in Tripoli on 7 March 1937.

His first artistic debut was in Rome in 1958 with the solo show at the “La Feluca” Gallery, in
Calabria; was then identified by art critics among the most significant painters of the generation that emerged between 1950 and 1960, always witnessing his time with a painting that is both social and autobiographical.

Ennio Calabria has exhibited his works several times at the Rome Quadriennale.

In 1963 together with the painters Attardi, Farulli, Gianquinto, Guccione and Vespignani, and the critics Del Guercio, Micacchi and Morosini founded the group “The pro and the cons” which became a strong point of reference for the new figurative research in Italy in the period of informal market hegemony.

In 1964 he took part in the Venice Biennale.

In addition to being a painter, Ennio Calabria illustrated several volumes of poetry, short stories, as well as book covers.

The collection of posters and the engraving work has been exhibited accompanied by debates in various cities in Italy and abroad.

In 1985 he exhibited his works at Gucci’s Gallery in New York.

His first anthological exhibition dates back to 1985 to the Rotonda della Besana, in Milan accompanied by the monographic volume with texts by M. De Micheli, D. Micacchi, G. Carandente published by Vangelista.

In 1987 he followed the great anthology at Castel Sant’Angelo in Rome, also accompanied here by the monographic volume with texts by M. De Micheli, D. Micacchi, G. Carandente published by Vangelista.

On the occasion of the personal exhibition “Opere 1980-1990” in the Chiesa del Carmine in Taormina in 1990 the book with text by E. Calabria published by Electa was published.

The theme that pervades it is the high speed of the social exchanges of our times and the continuous metamorphism of the being that is its consequence, this brings out in the pictorial research an image, mostly anthropomorphic, as an “accident” that states and at the same time it denies itself.

Of these same years the series of pastels “the sea next door” spearhead of the new pictorial research, exhibited in a traveling exhibition in various Italian cities, accompanied by a catalog with texts by L. Martini, L. Cancrini, E. Calabria.

In 1999 he published the general catalog “Engraving 1955 – 1996”, with a critical historical text by F. De Santi, research and scientific texts by L. Martini, published by the Cabinet of Antique and Modern Prints of Bagnacavallo.

Recognized by art critics, since the beginning, as one of the most significant painters of the generation that emerged between the 1950s and 1960s, Ennio Calabria soon became a reference point for new figurative research in Italy during the hegemony period informal art with works with a strong social imprint.

Throughout his forty-year artistic career – which includes posters and engravings and characterized by numerous and prestigious awards and works featured in some of the most important public and private collections in the world – he has never renounced expression and commitment civil and political-cultural due to a profound change in society.

In recent years, the strong subjective and social tension and the complex reflexivity that animate it have materialized in a linguistic form of rare originality, in an “alternative figurativity”, in a painting of the “counter-vision” that maintains, as a theme dominant, the human and subjective condition of aphasia and the metamorphic state of the real.

His works are present in numerous public collections, including:

He was also the protagonist of the following films: 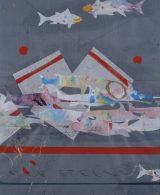 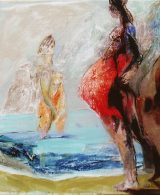