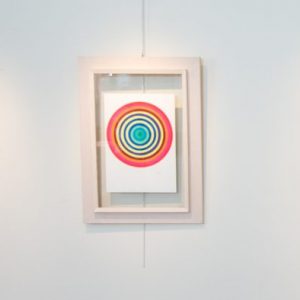 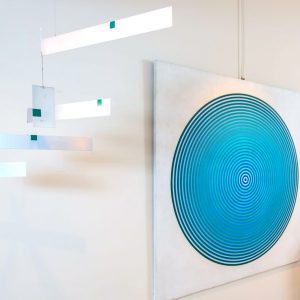 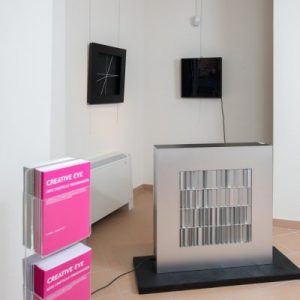 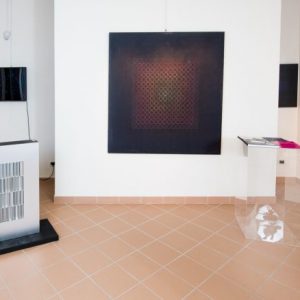 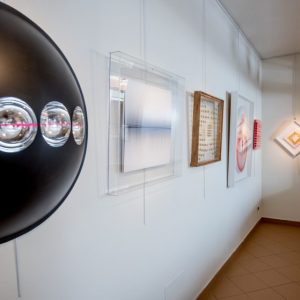 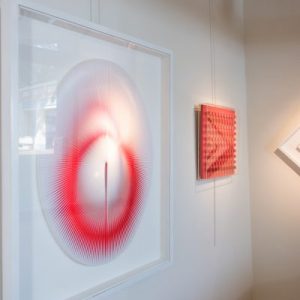 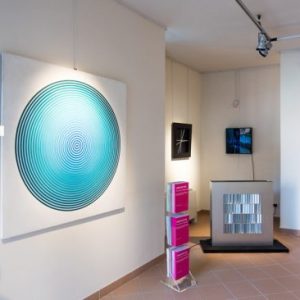 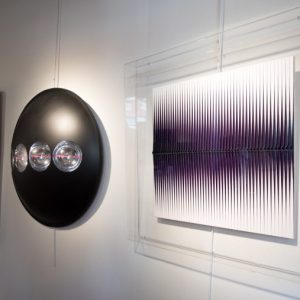 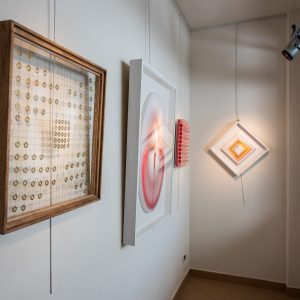 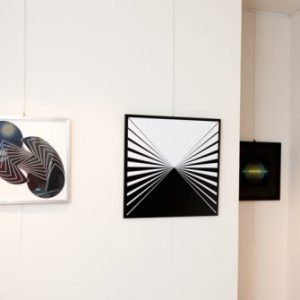 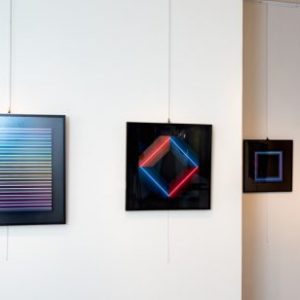 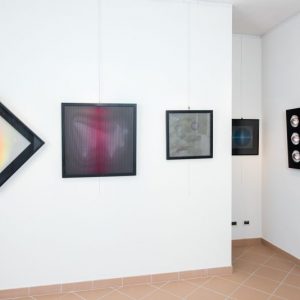 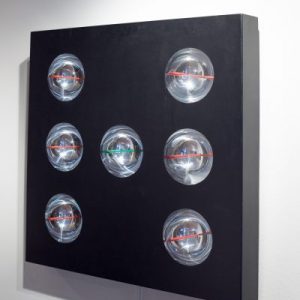 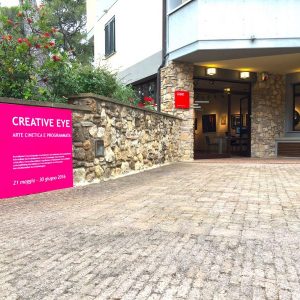 An exhibition that, with unique works, goes through different moments and roles in the International Kinetic and Programmed Art from the 1960s to the most contemporary interpretations.

Creative Eye, an exhibition that, with unique works, goes through different moments and roles in the International Kinetic and Programmed Art from the 1960s to the most contemporary interpretations.

Between the end of the Fifties and the beginning of the Sixties, a new aesthetic orientation began to take shape in line with the historical moment characterized by important scientific research with a consequent change in the social structure.

Bruno Munari already in 1952 wrote the “Manifesto of Machinism” where he talks about machines as living beings, making fun of the fact that already in those years he began to take care of them as if they were domestic animals. also to become a slave to machines and the only ones who can save mankind from this perspective are the artists. The artists according to Bruno Munari had to abandon canvas, colors and chisel and start making art with machines. with kinetic and programmed art.

The artist must “distract” the machines from their rational functioning, and must make them become “useless” machines: this passage already reveals the poetics of Bruno Munari who will make a whole series of works called “useless machines”. In the extraordinary prophetic vision of Bruno Munari the need was already expressed that the artist should become a team operator, who works together with others collectively and who conceives works of art lucidly and with well-defined projects, had to end the era fulcrum of the artist unique and total protagonist of the work.

Against the still romantic idea of ​​the artist as an isolated and often damned genius, strongly sponsored by informal currents like Action Painting, artists such as Munari, Vasarely, Mavinger, Mari and many others work, and a series of groups are created , who decide to work side by side, all over the world. Being a group implies a new way of working for the artist who is no longer the isolated creative who puts his ego on the canvas, but becomes a technician of vision who collaborates with other technicians to create a project. The fact of working in a group makes it possible to avoid the pathologies of the individual and instead to use a new, universal, clean and scientific language. The materials used to work with them change accordingly, there is no longer a chisel or brush, instead engines, electronic mechanisms, lights, steel, transparent, reflective surfaces, tires are used (1) A new figure of an artist capable of interact with the rapidly changing new social structure.

In Rome, Gruppo Uno is formed with Gastone Biggio, Nicola Carrino, Nato Frascà, Achille Pace, Pasquale Santoro, Giuseppe Uncini and the critical support of Giulio Carlo Argan. In Dusseldorf, the Zero Group was born with Heinz Mack, Otto Piene and Gunther Uecker. A development so differentiated in the various locations has determined a vital and very fast phenomenon; in 1961 in Zagreb was born Nove Tendencije and to sanction the birth of the new research direction, an exhibition was organized that brought together various groups from all over Europe.
In 1962 Olivetti organized the program Arte programmata in its Milan office, then traveling to the venues of Venice, Rome, Trieste and New York.

Umberto Eco defines this type of work as “open work”, because its form is ultimately completed and finished by the very perception of the viewer and only there really takes shape. There is a level of quasi-scientific necessity, given by the studies of reactions at the perceptive level of the forms present in the work, and a level of extreme freedom in the action / reaction of the individual visitor. (…) Most of the programmed works have at the center an idea of ​​movement, both as a real movement and as a perceived movement. Three large types of works can be identified: the immobile ones, which for their design generate an impression of movement in the viewer, the works that the viewer is called to move, and those that move by themselves.

Thanks to the movement, the variable of time also enters the work, in which it manifests and realizes all that the artist has already put into nuce, that is it has already been programmed. As Angela Vettese says in Milan and Mythology, a catalog of an important exhibition on the decade between 1953 and 1963 in Milan: “The position assumed by aesthetics is also made ethical and ideological: the instability and variability of the works imposes to the observer to abandon all mental laziness, literally and perhaps even politically “.

It is the same dynamic analyzed by Anceschi in the text for his solo exhibition at the Galleria Pater in Milan, in 1960: “The world we experience every day is something undefined, unstable, fluid, changeable (…) we want to know first, we want to place our bourgeois feet on something solid (…) we remain baffled when our small, warm, welcoming construction of prejudices is no longer enough for us. (…) Therefore, considering the work as a reality made with the same elements that constitute that reality that surrounds us, it is necessary that the work itself is in continuous variation “. This is why the movement of the work is so important, because it is the movement of the real of which we are part.

Detail of the Exhibition