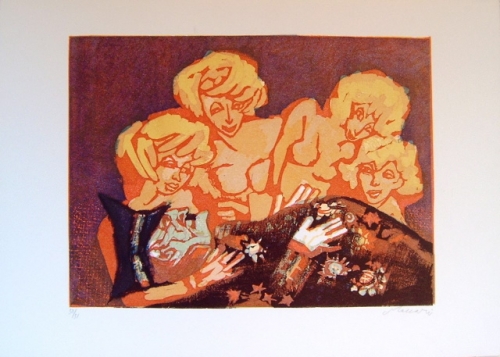 Born November 24, 1898 in a family of the Sienese petty bourgeoisie. Ever since he was a young extrovert and endowed with a lively visual intelligence, he was led to free drawing with charcoal, but his father, a professor of letters, tried in every way to direct him towards humanistic studies. At nineteen he took part in the Great War as a field artillery officer.

At the end of the conflict he resumed his university studies in Siena and in 1920 he graduated in law; he began working at the law firm of Dini’s lawyer in Colle Val d’Elsa, a native town of the family where he had spent his childhood with relatives; in his spare time he devotes himself to his true passion: painting and engraving.

This very tormented period of the first post-war period found in Maccari very fertile ground for its lively, mocking and polemical character, which led him both to participate in social clashes in the country, and as a non-secondary character in the March on Rome in 1922.

In 1924 he was called by Angiolo Bencini to edit the magazine for Il Selvaggio, where he published his first recordings. After several years of living together with the newspaper and the law firm, at the beginning of 1926 he left the legal profession to assume the direction of the Savage that he held until 1942.

Il Selvaggio, openly pro-fascist funded from the earliest publications by the most vulgar and backward agrarian squadrismo, under his direction, at least from the formal point of view, changes certain provocative attitudes, after a brief internal struggle for a normalization also wanted by Benito Mussolini after the Matteotti crime.

Maccari himself will publish, in the background article entitled “Farewell to the past”, the new address of the Savage, which no longer intends to be the example of a Fascist squad, but a magazine that must devote itself to art, satire and to political laughter, following a country and mocking tradition that appears but in reality subtly cultured and normalizing.

In 1925 the editorial staff of the “Selvaggio” moved to Florence and among its collaborators included Ardengo Soffici, Ottone Rosai and Achille Lega.

In 1927 Maccari participated in the II International Exhibition of Modern Engraving and the III Exposition of the Tuscan Trade Union of Design.

The following year he was present at the XVI Biennale di Venezia.

In 1929 “Il Selvaggio” moved to Siena and Maccari exhibited puntesecche at the II Mostra del Novecento Italiano in Milan.

Also in 1930 Maccari works in Turin at La Stampa as editor-in-chief and has as its director the writer Curzio Malaparte.

His presence in the cultural and editorial world of the fascist regime is very intense, he writes and collaborates with several magazines: Quadrivio, Italia letteraria, L’Italiano and Omnibus by Leo Longanesi; then, during the war, on the Primacy of Bottai and, subsequently, on Il Mondo di Pannunzio, up to Documento di Federigo Valli.

His graphic production is also vast, ranging from the Album of Vallecchi (1925), Il trastullo di Strapaese (1928) to Linoleum (1931). Maccari illustrates in 1934 The Old Woman of Bal Bullier by Antonio Baldini and in 1942 publishes the Album folder, followed by How when outside it rains and Il superfluo illustrated.

For his pictorial work rich in evident chromatic accentuations and quick brushstrokes, the violent design combined with the vivid line of the graphic sign of his engravings, is recognized by the complete artist criticism.

In 1943 he exhibited at a personal exhibition at Palazzo Massimo in Rome and at the Mostra Dux at the Cinquale di Montignoso. In 1948 he returned to the Venice Biennale where he was awarded the international prize for engraving (he will also be in 1950, 1952, 1960, 1962).

At the end of the forties he began his collaboration with the liberal magazine “Il Mondo”, directed by Pannunzio, which ended in 1963. In 1955 he was at the San Paolo Biennale (Brazil).

This is followed by a series of personal exhibitions and international graphic exhibitions, including the 1977 one in Siena, where a solo exhibition is dedicated to him at Palazzo Pubblico.

He died without great fanfare, in silence, in his nineties, in Rome on 16 June 1989. 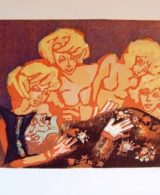 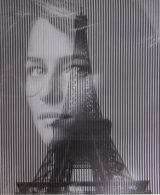