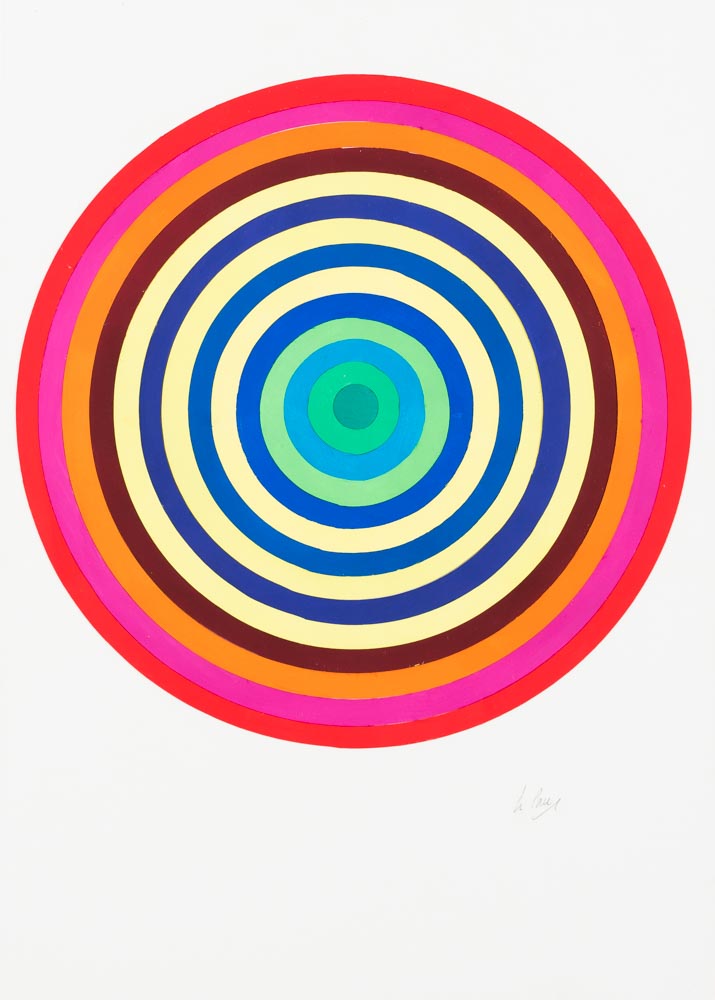 Julio Le Parc was born in 1928 in Mendoza, Argentina.

His artistic training took place at the evening Fine Arts course in Buenos Aires, which he attended from 1943 to 1946, and thanks to his interest in Argentine avant-garde artistic movements, in particular for the “Art Concret Invention” movement animated by Lucio Fontana , former professor of Fine Arts.

In 1958 he won a scholarship from the French government which allowed him to leave for Paris, where he met Victor Vasarely and the contemporary avant-garde artists.

In 1960 he founded the “G.R.A.V.” (Groupe de Recherche d ‘Art Visuel) together with Garcia Rossi, Morellet, Sobrino, Stein and Yvaral, until 1968.
Participate in all group exhibitions:

Simultaneously with the group’s events, the first personal experimentations with light and the first “mobiles” take place.

From 1961, he began his constant collaboration with the Galerie Denise René in Paris.

In 1964, he won the International Tella Award in Buenos Aires.

In 1966, he held his first solo exhibition at the Howard Wisse Gallery in New York, followed by a solo show by Denise René in Paris.
In the same year he won the first prize at the Venice Biennale.

In 1970, he moved his atelier from Paris to Cachan.

In the 70s, there are many exhibitions, travels, debates between Europe (France, Italy, Germany) and Latin America (Argentina, Chile, Venezuela, Peru). These are the years in which he creates works focused on the use of the 14 colors, on the theme of waves, and he also develops the theme of “Modulations” (1975) with the airbrush and the variations in gray, black and white.

Throughout the 1970s and 1980s, he continued his activity of spreading Latin American art.

In 1986, he exhibited at “Giovani Maestri” in Rome and at the Venice Biennale.

In 1987, he won first prize at the first International Biennial of Painting in Cuenca, Ecuador.

In 1988, he began the “Alchimies” series, which he presented for the first time in 1990 in a solo show at the Rayuela gallery in Madrid.

In 1992, he participated in the exhibition “L’art en mouvement” at the Maeght foundation in Saint Paul-de Vence and created two rooms with light installations: one for the Universal Exposition in Seville and the other at the Center Pompidou.

In these years, Le Parc begins to work on the expansion of his atelier in Cachan and to research the material for the project of a book on his life and his work, which will materialize in 1995 with the release of the first monograph edited by Jean-Louis Pradel, Servegnini edition.

In 1998, he exhibited some monumental sculptures at the Symposium of Quito and participated in the retrospective on GRAV at the Magasin in Grenoble.

Throughout the 2000s until today, there are numerous important personal exhibitions all over the world and many prestigious commissions.

He currently lives and works in Cachan.

Many of his works are found in numerous public and private collections around the world, including: 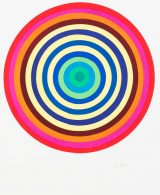 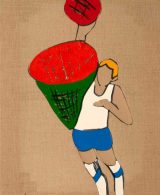