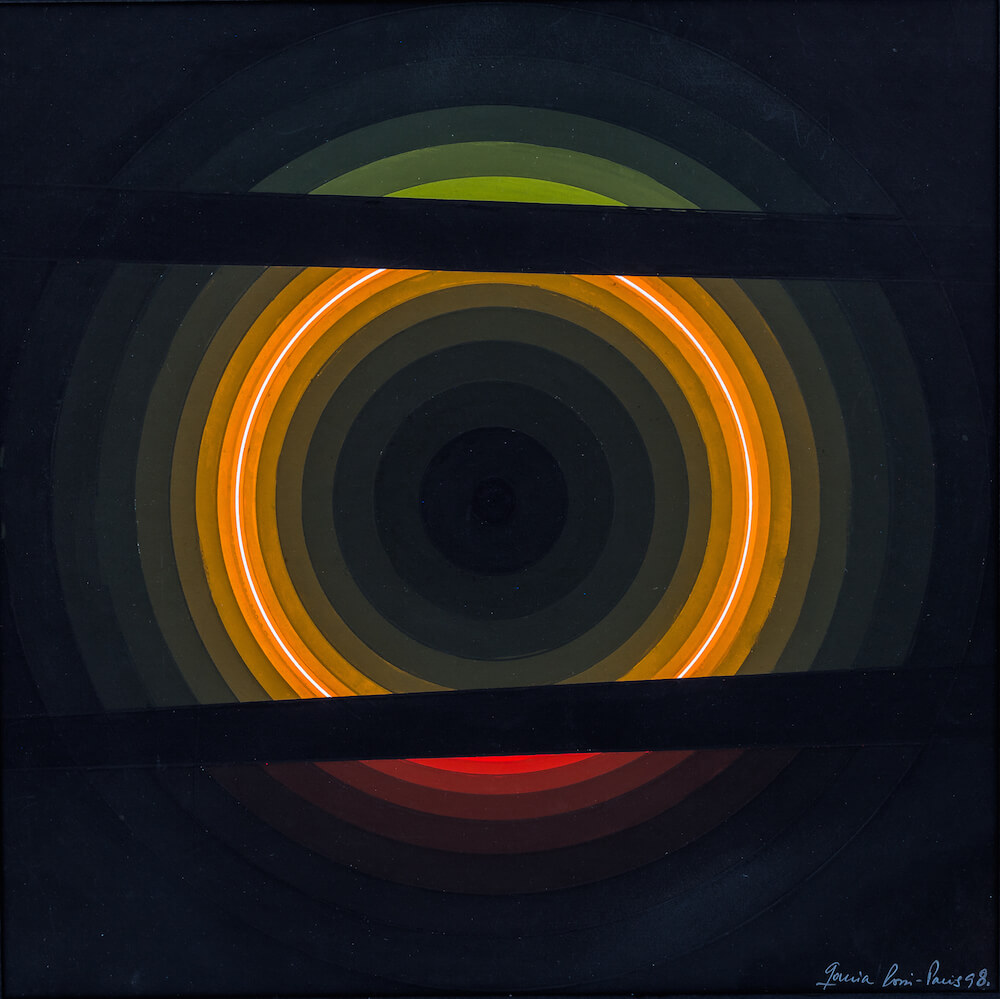 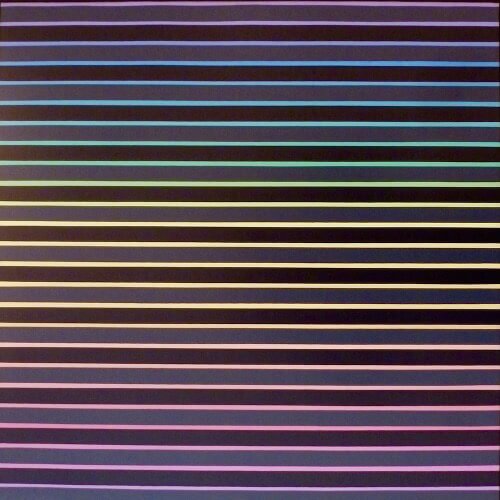 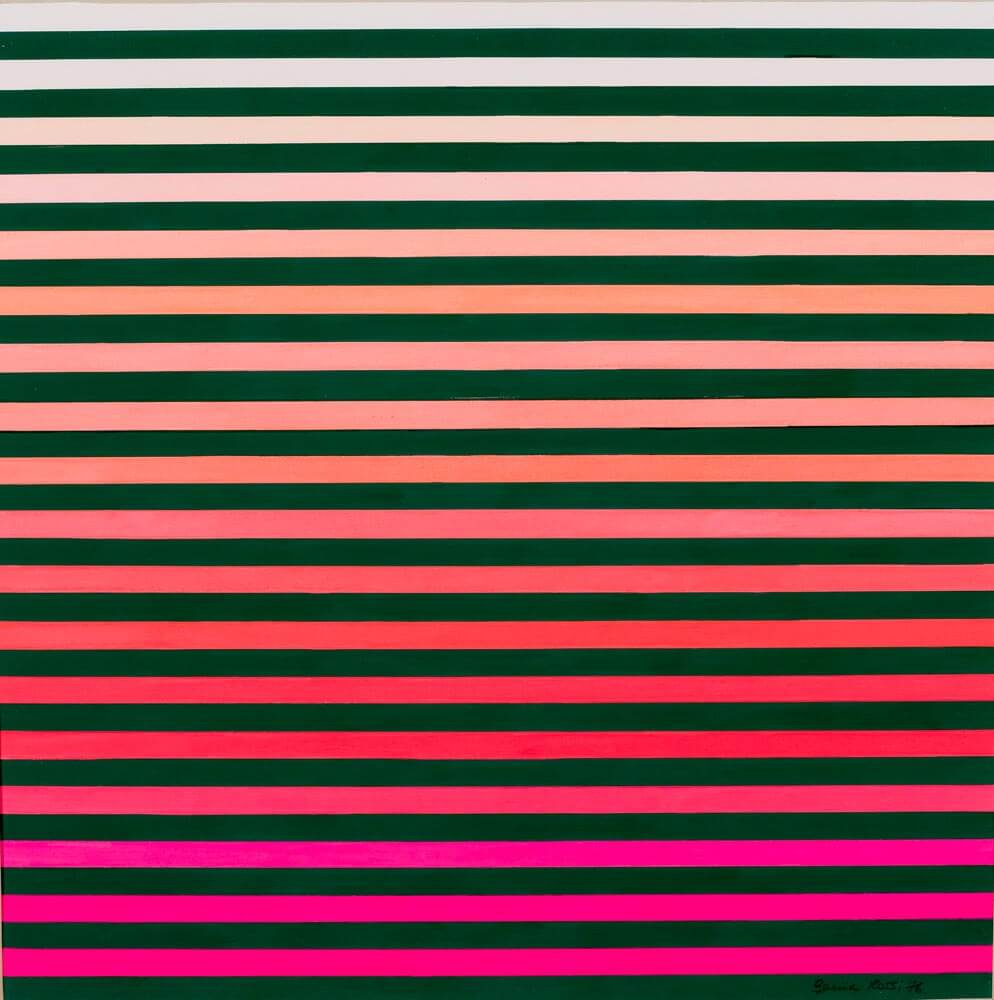 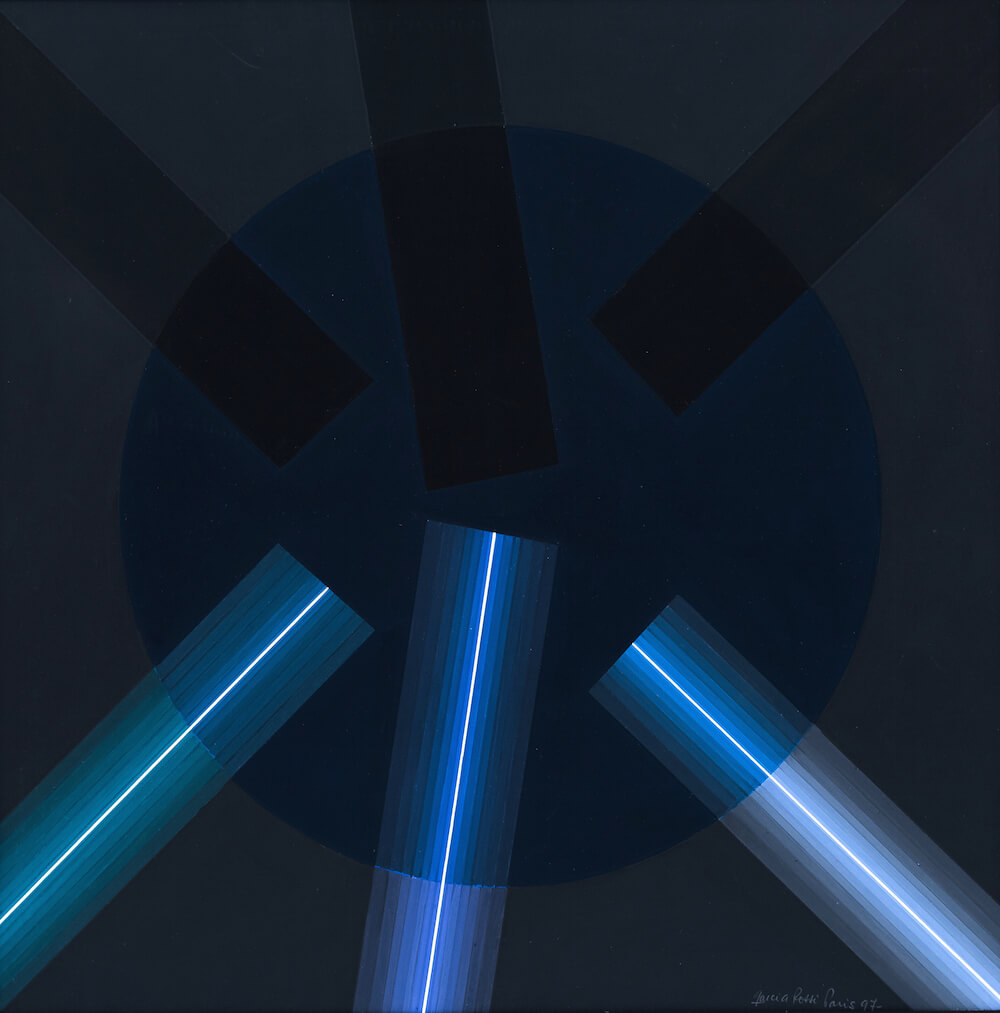 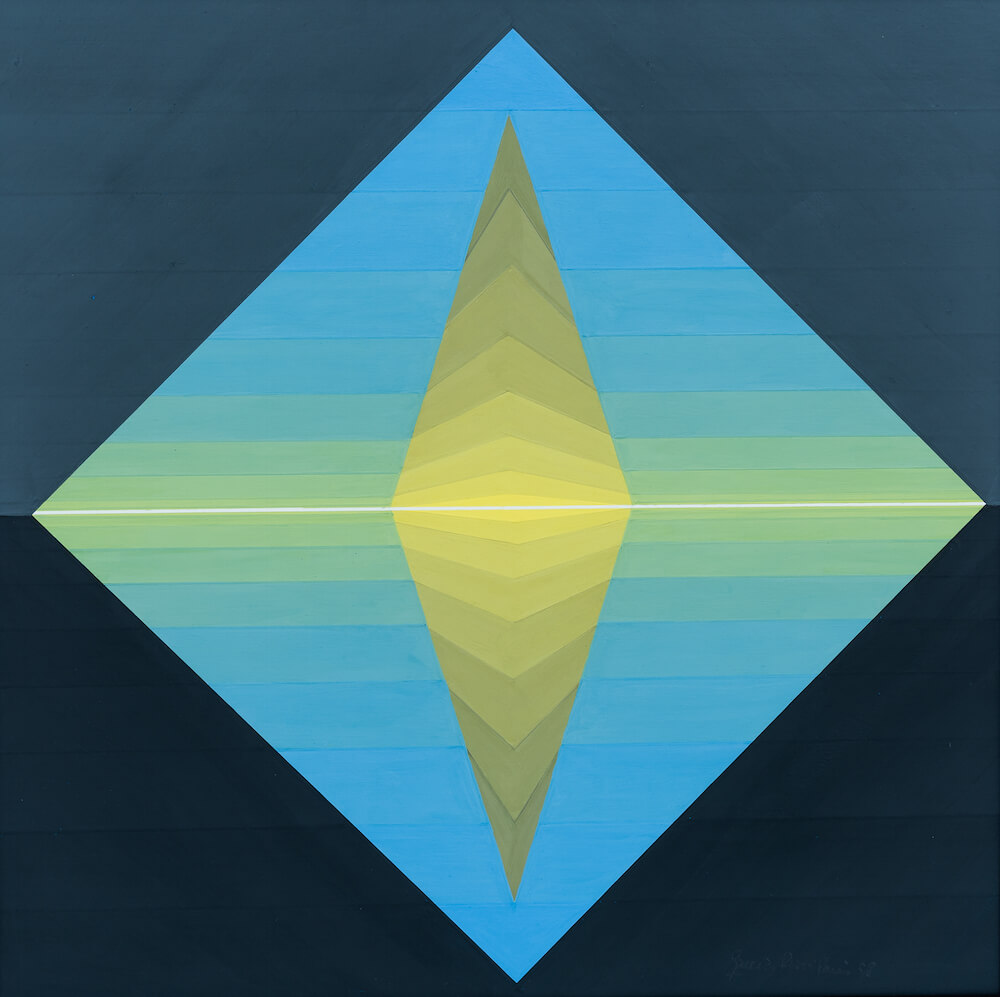 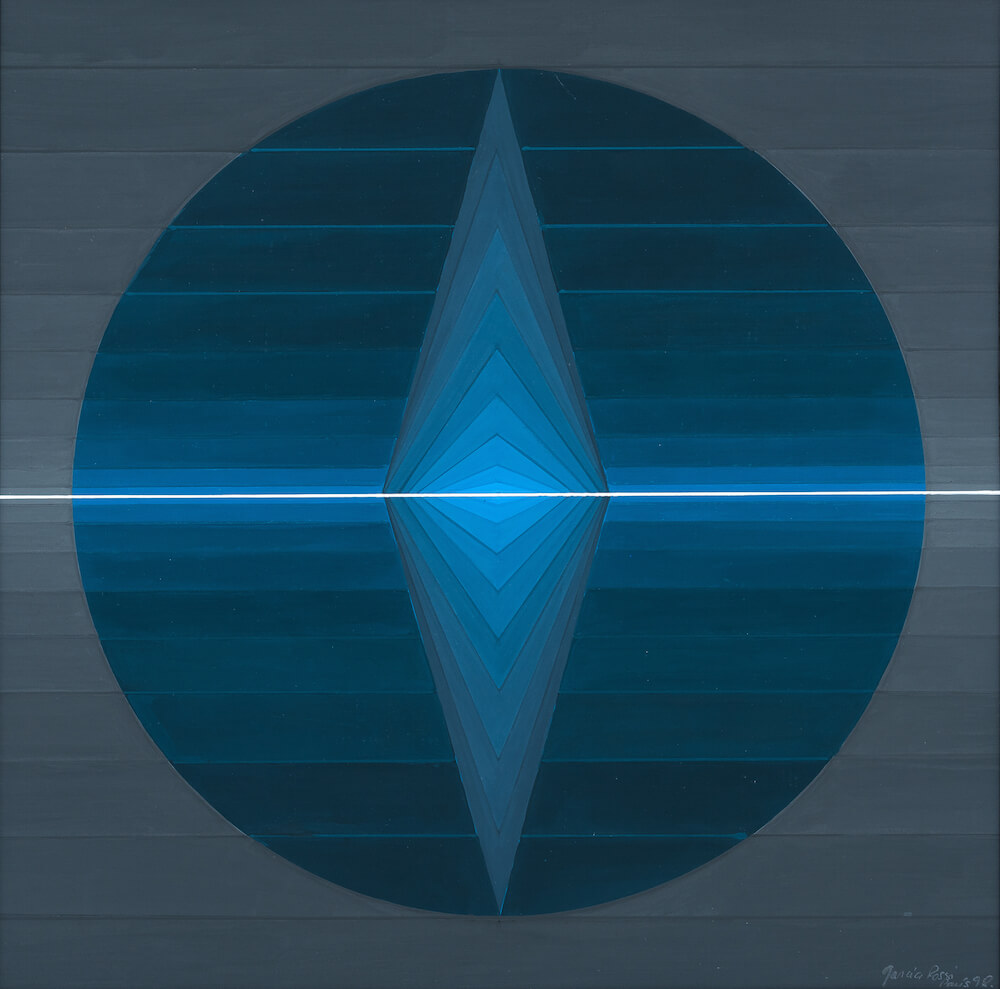 Horacio Garcia Rossi was born in 1929 in Buenos Aires.

From 1950 to 1957, Rossi studied at the National School of Fine Arts in Buenos Aires, here he met Demarco, Le Parc and Sobrino. Later he will teach in the same school.

During these years he participated in numerous exhibitions in Argentina and Latin America.

In 1959, Horacio Garcia Rossi moved to Paris, a city that he will never leave.
In 1960, he was one of the founders of Grav (Groupe de Recherche d’Art Visuel), a Parisian historical group, through which he began a research that led him to become interested in light as a means of plastic expression and light-color as a unified problem. .

This gives rise to experiences with Unstable Light Reliefs, light-color Boxes to be manipulated by the viewer and works with three kinetic dimensions such as its rotating cylinders.

This is the period in which he begins to carry out research in the field of semiotics, that is, the relationship between writing and form.

Horacio Garcia Rossi makes his first experiences with the visual identification of writing, which lead him to a moving ABC (ambiguous portrait of the GRAV members).

The unstable work entitled ‘Mouvement’ created by projecting on a luminous screen the word ‘mouvement’ repeated ten times is interesting. the letters that make up this word are in motion and overlap each other creating an ambiguous vision that is continuously unstable.

In 1969, Horacio Garcia Rossi is at the Galleria Indica in London with G.R.A.V.

The research continues with the ambiguous three-dimensional alphabet and then with the elements of the spelling in the relationship between the word, its form and its meaning; he thus creates portraits of people through the letters that make up his name, taking into account the psychological data of the character and his preferences regarding shapes, colors and more.

In 1971 he is in Kunsthalle, Basel with Arte Argentina.

From 1972 to 1974, he returns to the two-dimensional plastic problems and the search for a simple structure with analytical means and introduces the use of new materials.
He carries out in-depth studies on color and its possibilities. 1972 – “12 years of contemporary art in France”, Grand Palais, Paris.
From 1974 to 1978 he carried out research on the linguistic problem as a subject of the work.
In 1975, he is at the Retrospective Exhibition of G.R.A.V. Como.

From 1978 to 1999, he returned to the analysis of color-light, while from 1999 to 2002 he expanded his research by creating more aggressive chromatic works or, as the artist himself states, more “angry” and extending over relief, sculpture and objects.

In the period 2003-2006, he applied a new energy and a new power to color-light research in the “Color-light” works.

In 2006 the composer Federico Gozzelino dedicated to him a collection of four musical pieces inspired by his works; which will then be performed on the piano by Junko Watanabe and collected in a CD by the Civic Gallery of Modern Art of Ljubljana and the National Institute of Contemporary Art.

His research on color-light develops with further creative and communicative energy and arrives at the new cycle entitled “Khaos Program”.

Horacio García Rossi disappears in Paris on September 5, 2012 at the age of 83. 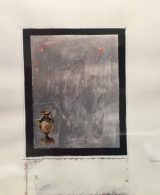 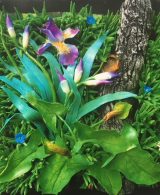